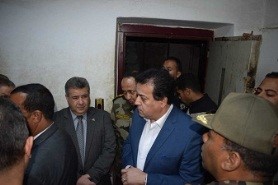 The minister of higher education suddenly visit the university's hospital

Prof.Dr. Khalid Abd EL-Gafer, the minister of higher education accompanied by a geometrical committee of the armed forces suddenly visit the university's hospital to inspect the incident scene to get to know the reasons behind the tragic incident that results in the death of seven citizens and the injury of a single citizen.
المصدر: 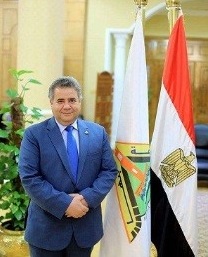 An important statement from Benha University

Benha University stands firm and united behind the political leadership and our armed forces in taking many procedures to protect the homeland from terrorism and fighting the conspiracies that surrounds Egypt. Long live Egypt!
المصدر: 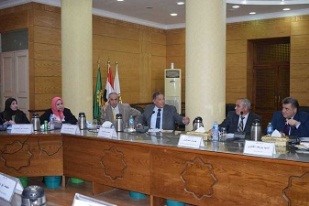 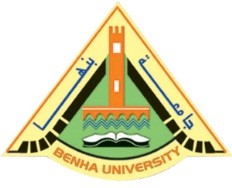 Due to the bloodshed in which many police officers fall as martyrs, Benha University launches a statement to assure that Egypt will never be defeated despite the brutality of terrorism. The statement stresses that we should stand firm and united by the side of the armed forces and the police to deafeat this black terrorism.
المصدر:

A great victory for a big nation

Today is the day when the whole world remembers the war of October; this great victory when Egypt set an important example of heroism and bravery and many young men martyrize and get injured for the sake of liberating the homeland. Benha University cordially thanks the armed forces for what they did and what they are still doing to keep the Egypt prosperous.
المصدر: 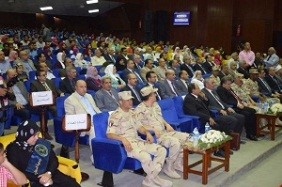 Prof.Dr. EL-Sayed EL-Kady, the university president, inaugurates, on Monday morning, the first educational forum of the armed forces for the first time in the Egyptian universities. This forum is held in Benha University at the presence of colonel / El-Sayed Ghaly, the head of the veterans association, Colonel/ Khalid Mustafa, the leader of defense troops and the several of armed forces officers.
المصدر:

Honoring the top women in an unprecedented tradition at Benha University 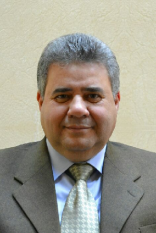 Benha University asserts that the sacrifices of the armed forces and police everyday will not frighten the Egyptians and they will not cease any effort to build their country on the basis of justice, rightness and peace. The university president, vice presidents, the university deputies, the deans, the employees and the students once again stresses that they stand firm and united facing black terrorism and mean terrorists. The university says that it trusts the efforts of the armed forces and police to defeat terrorism and terrorists. Prof.Dr. El-Sayed El-Kady says that the will of life of the Egyptians will triumph over the evil and the aggression which seeks to destroy the country. He also says that the martyrs' marches let the Egyptians more determined to live in order to face the plots, stand firm and united to achieve more safety and stability. May Allah have mercy on the souls of our martyrs and help us to prevail!
المصدر:

The societal union at EL-Qualybia governorate, which is held at the faculty of medicine, hosts the general / Talat Mousa, the chancellor of Nasr Military Academy. This event was held in the presence of prof.Dr. El-Sayed EL-Kady, the university president, prof.Dr. Gamal Ismail, the vice president of community service and environment development, prof.Dr. Mahmoud Abd EL-Sabour, the dean of the faculty of medicine and the faculty deputies. The meeting was moderated by prof.Dr. Ibrahim Rageh, the faculty's deputy of community service and environment development. The university president asserts that all should be hopeful and optimistic to get to know the pros and cons in our society. He adds that the national projects were established for the sake of providing the youth with jobs and stresses that the youth should know how important these projects are lest they fall in the trap of devastating ideas.
المصدر: